Doug Govan, Rudderless Wines and the Victory Hotel, on the origins of the Vale Cru

It was about eight years ago when Rose Kentish, from Ulithorne Wines, and I sat down and talked about getting together a group of small producers - the majority of winemakers who didn’t have cellar doors – and band together to show our products.

We started with 15 producers and we’ve had an annual event since. And we’ve been blessed; every year we’ve had it here at the Victory the sun has shone.

Some of the winemakers have become a little too big so they have stepped off and other small ones have come on board.

And this year we farewell Rose and wish her all the best with her next venture, keeping in mind that no matter whether past or present, all members are part of the Vale Cru community.

Wednesday the 17th of June

To register your attendance at either e: toby@bekkerswine.com

As a group we see this event as our first for the upcoming year, a reflection on the year past and a celebration of what is good about small batch winemaking, friendship, life & McLaren Vale.

The year past has been a truly exciting one with many successful events both locally & interstate, with a very successful & well patronised series of events in Melbourne. We have attracted a fair amount of media attention, (mostly good) & proudly bolstered our numbers with the addition of two new members to the group, thanks for your support Toby & Emma of Bekkers Wines, Julian & Berenice of Ministry of Clouds.

For those of you who don’t know, The Vale Cru started 6 years ago with 8 members & with the 1st event held on these very lawns following a few discussions between Doug Govan, Drew Noon & Rose Kentish.

Pondering how best to celebrate & help promote the best & passion of the small batch winemaking scene that was rapidly evolving here in McLaren Vale!

A visionary group indeed as the last 6 years have seen an explosion in the small batch scene, not only here in the Vale but across Australia & the globe.

The Vale Cru now has 15 members, with another 5 having been members in the past and another 5 applications already this year, yes the movement & as is our voice is growing & strong. 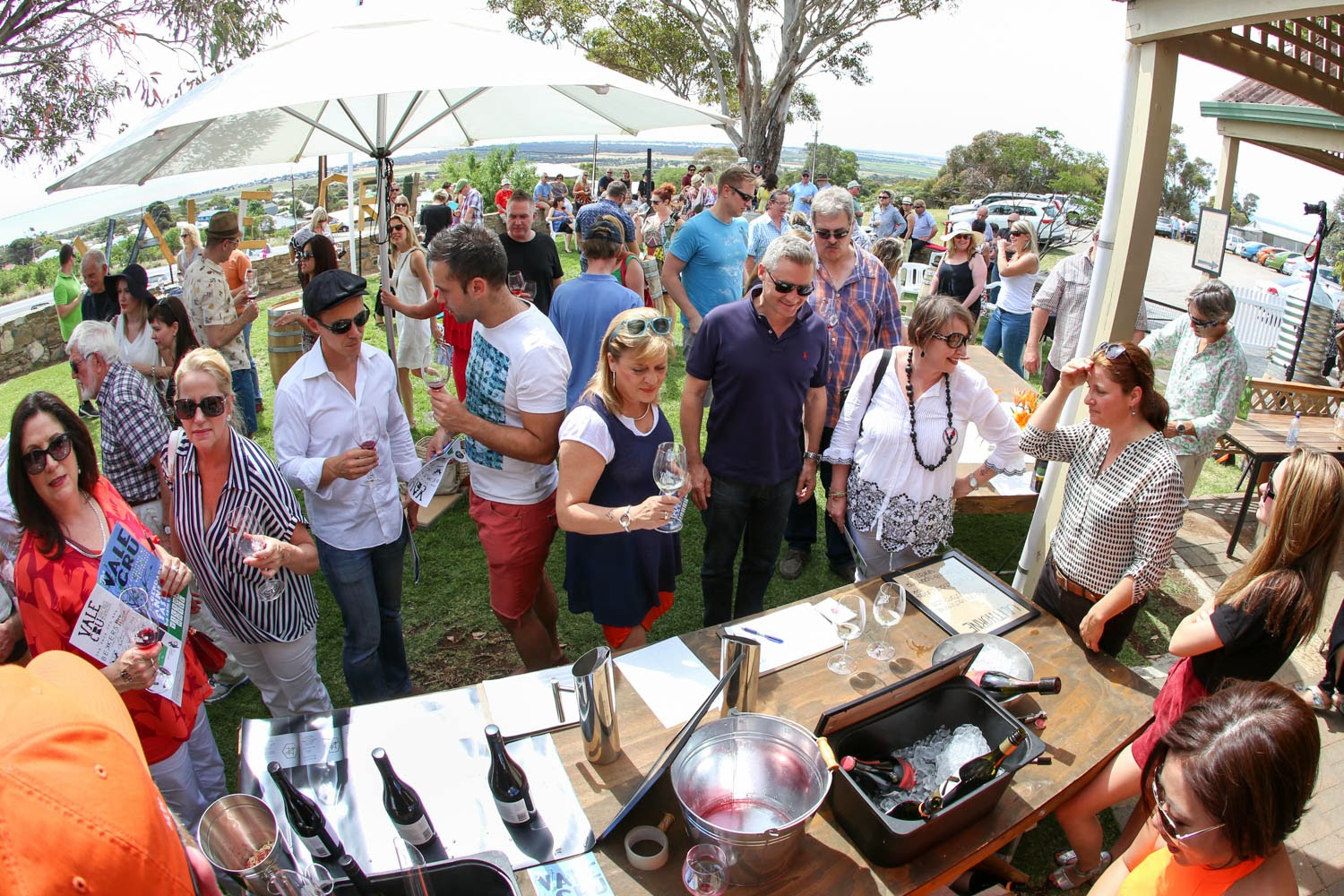 So why as individuals do we do it, why is it growing & who are we?

Most have generally have come from outside the industry, but not always, those that have started or come from within the industry, have felt the need or passion to go out on their own, either as a dream, in frustration or both.

Some want to grow grapes, some make wine or just love the thought of the lifestyle, they are from all walks of life, backgrounds & nationalities a mixture of ex hospitality, early retirees, lifestyle seekers & those from within the industry, but all have a reason, a desire a passion a wanting to be doing it, most are eccentric, crazy or generally again, both.

But in doing this we manage & control our own destinies (well as long as we get paid)!

We can react quickly to trends, ideas & visions!

We create what we want to drink, drinking now & for the future & hopefully what other people will too?

We are the visionaries, the believers, the passionate, the eccentrics & the educators.

And we love it…

So why do we believe in the Vale Cru? As our motto states, strengths in numbers, live as a group.

Together we can attract more attention, share ideas in a very open platform, market & shout about the great region of McLaren Vale en mass

Big statements I hear you say, but we can back it up, if you don’t mind I would like to knowledge a few of the achievements of the members of this group:

Our guest James Halliday has awarded the 5 –star winery rating this year to 9 of our members, as well as one of the best new wineries to Ministry of Clouds in this year’s Wine Companion.

We should also wish all the best to one of our previous members, SC Pannel who has just taken out the Jimmy Watson at this year’s Melbourne Show.

Another special mention to the groups spiritual & inspirational ambassador Drew Noon who has also just been awarded the Clive Symonds Trophy, voted for by the local community for somebody who goes above and beyond to promote McLaren Vale, never a more worthy recipient & long overdue. Ironically Drew takes over from another Cru member James Hook of Lazy Ballerina.

So yes I think the Vale Cru can hold its head up high & claim to help drive the industry forward & be at the cutting edge and with some of the best minds, dreamers, but more believers in the industry & we will continue to work together to promote our passion, the art of small batch winemaking & of course this glorious region we call McLaren Vale.

After today we hope you agree, enjoy the day our wines & of course the conversation.

Message from James Halliday RE: the Vale Cru's Annual Tasting.

The Vale Cru is, so far as I know, the only associated group of wineries that have as a precondition of membership (apart, of course, being McLaren Vale producers) is a maximum production of 5000 dozen. The great thing about this is that it binds like-minded wineries together, and also avoids the difficult situation that might otherwise arise where one of the Cru members quickly increases production (most probably through success) and no longer fits the spirit of the association.

While the Vale Cru does other joint promotional work throughout the year, this annual gathering at the Victory Hotel, with tickets presold to keep control of numbers, is another cleverly though out innovation.

So far as the day itself was concerned, the weather could not have been more perfect, the sea breeze taking the edge off what might otherwise have been an uncomfortably warm day.  Everyone enjoyed themselves, be they members of the Vale Cru, other winemakers, wine professionals, and the most important group of all, the public. I had lunch downstairs in the Victory cellar before the event started, but, seeing the food that came out regularly through the afternoon almost regretted having had lunch!

Rose will be automatically offered a place as an associate judge for the 2014 Royal Adelaide Wine Show, to be held in October. Rose attended the AWAC course through the Wayne Thomas Scholarship which she won in 2013. 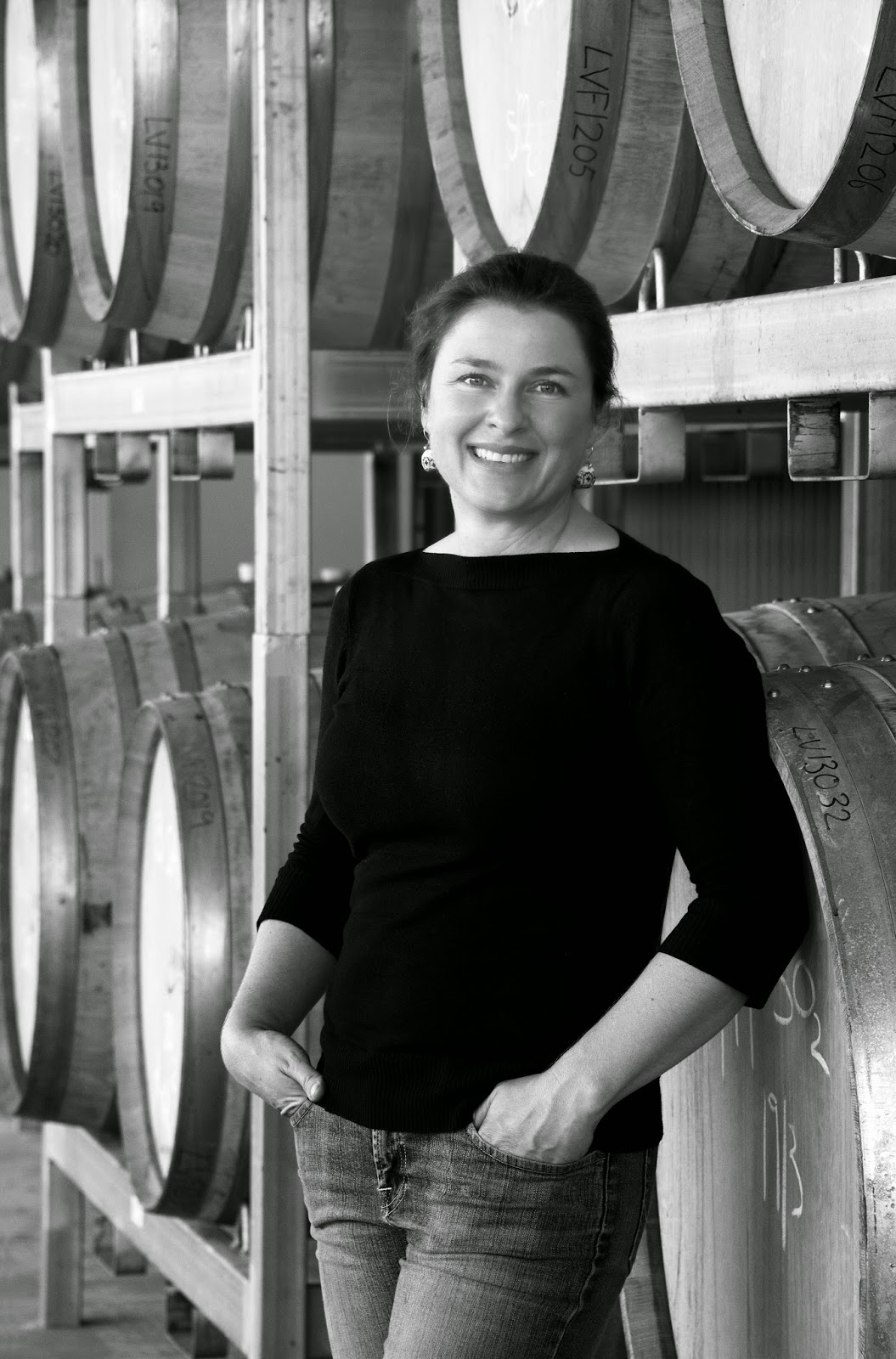 The 2012 Geoff Hardy Pertaringa Over the Top Shiraz and 2012 Gemtree 869 Shiraz won gold medals at the show.

Australian wine exports to China have taken a dip in recent years because of an economic slowdown but McLaren Vale winemaker Andrew Wood of Waywood Wines, one of the judges at the show, said Aussie winemakers have enormous potential in China.

"The size of the market and opportunities for McLaren Vale producers are on an unimaginable scale and it can't be underestimated how quickly China continues to grow every week," he said.

"What they have the potential to do in the next five years is staggering and that means huge opportunities for us."

With the local council, the City of Onkaparinga, and the Changli County about to form a sister city relationship, Mr Wood said McLaren Vale's wine is only one aspect of an ongoing tourism focus for McLaren Vale. 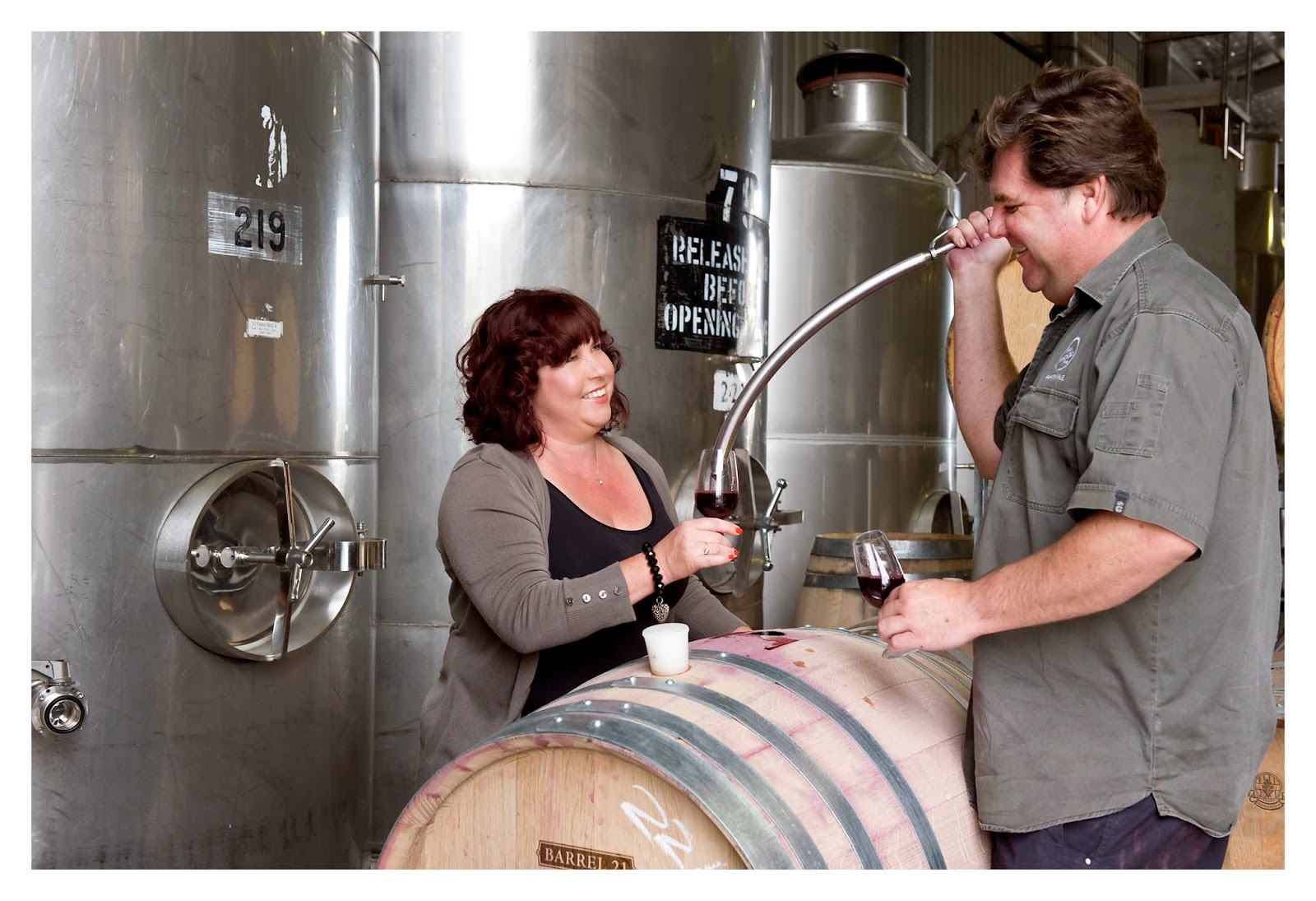 Couple of great reviews for Bekkers in latest Wine Advocate. 95+pts for both 2012 Syrah and 2012 Grenache. 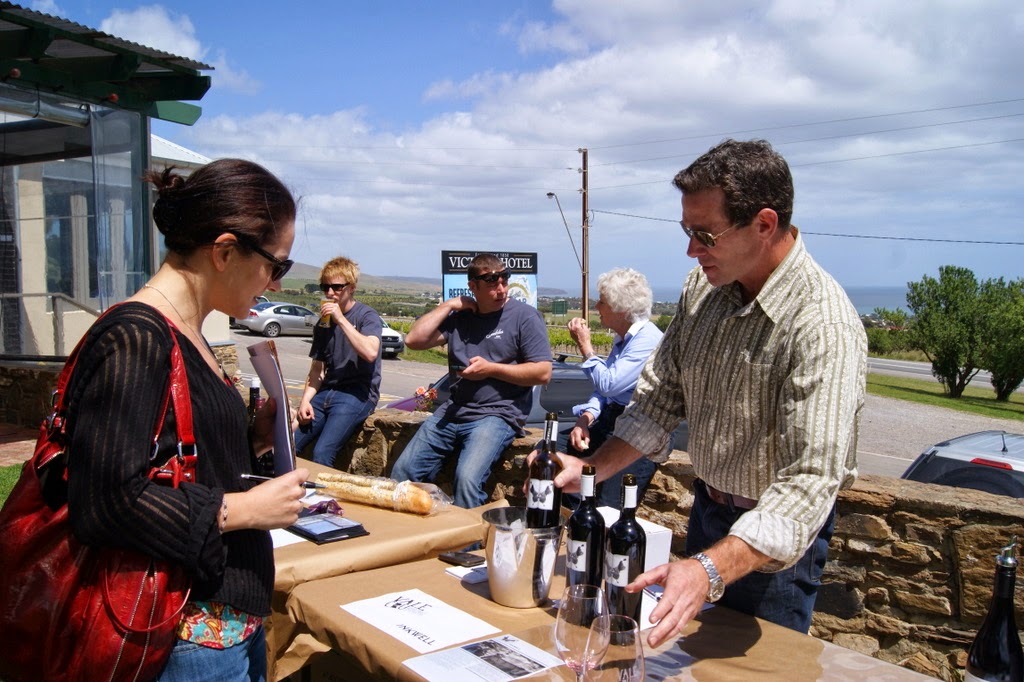 “Abandon all knowledge of the 2011 vintage, ye who enter here – is scrawled in blood-red writing on the inside of this bottle (or so it might seem).

This is a classic McLaren Vale Shiraz. The main thing the cool year has added is, really, a heightened sense of structure. Acid, grunty tannin, the way the fruit builds and then waves out through the finish. It’s all dark berries and peppercorn, blackberry pie and cloves. It will live for a long time, and yet there’s the sweetness of fruit for now. Cue applause.” 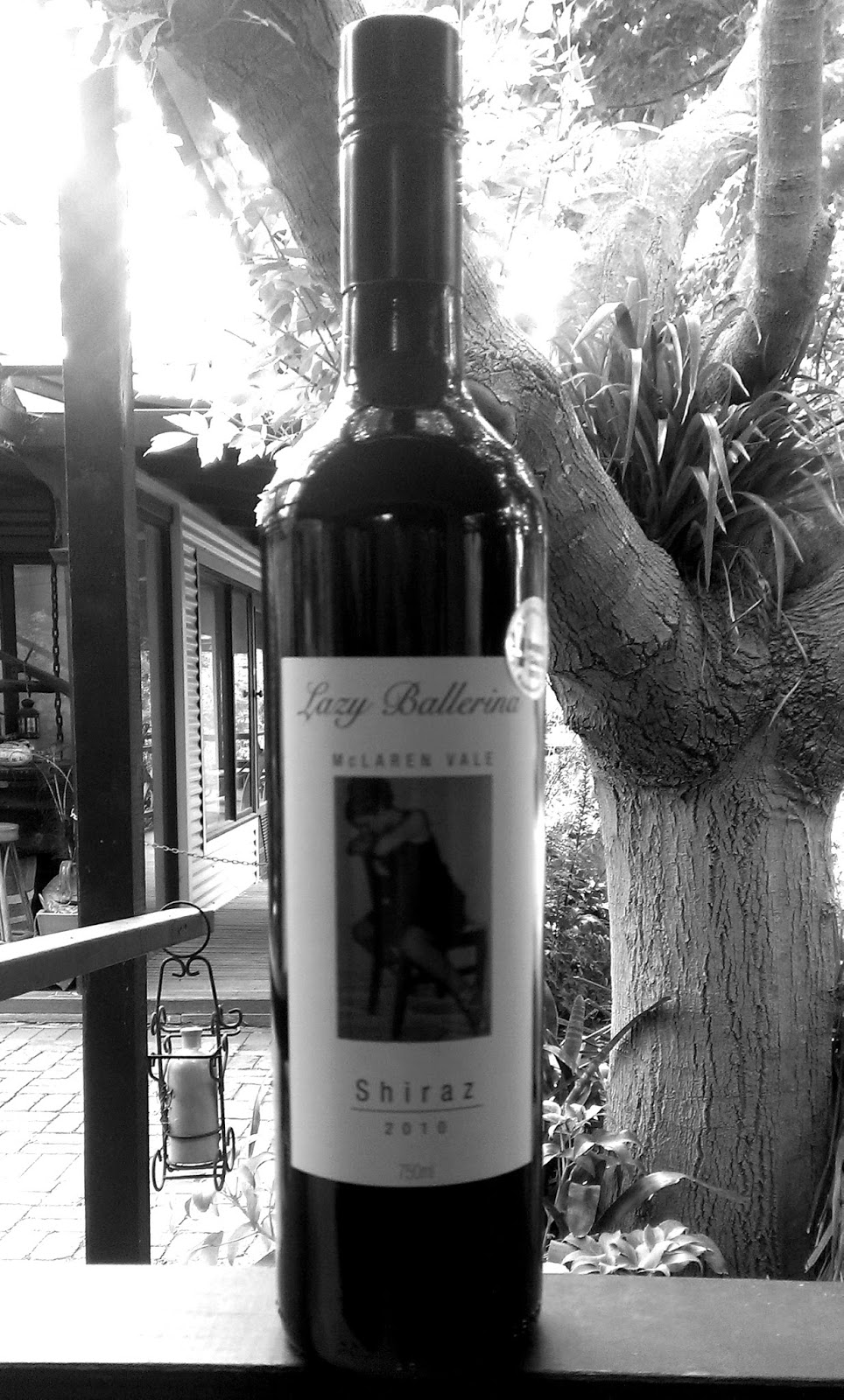 "A little bit red fruited on the first day, but went completely black a day later. Quite clever that really, Marilyn does the wicked witch? Belgian chocolate coated blood plums and a sprinkle of spice. No peaches Nellie.

Now, to the tannins, and as you would expect from a lady's ensemble, they are rather silky. I wanted to use the word "firm" too, but felt that analogies can go too far. Acid I didn't notice, by which I mean it was just right.

You could drink this now, but should you wait 10 years, there will be some singing and dancing, and in a tutu too. The you may be in the wrong place there."